A Bolt from the Blue: A Bennett Sisters Mystery 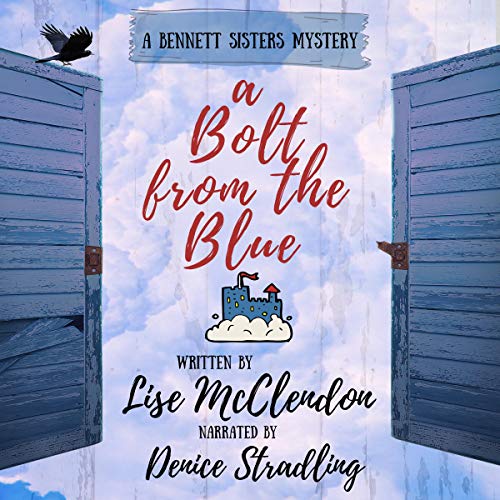 More international intrigue, murder, and romance for the Bennett Sisters overseas in the newest entry to the best-selling women’s fiction and suspense series.

The next-to-youngest Bennett sister, Francie Bennett (blame it on Paris!) is a hard-charging attorney whose boyfriend Dylan Hardy invites her to join him in Paris to help with a client. When Axelle Fourcier left Paris behind after the student riots of 1968, she vowed never to go back. She made a life for herself in America as a professor. But now, a beloved aunt, aged 104, has died and left her an inheritance to be shared with a cousin she never met.

A fabulous Belle Epoque apartment in Paris filled with pop art from the ’50s and ’60s is just the start of Axelle’s discoveries in Paris. Wrangling with her slick cousin for the proceeds is distasteful but oh so French. Then the apartment is broken into, a friend is murdered, and Axelle’s fears that the French state is once again conspiring against her seem very plausible.

Francie tries to deal with her cranky client, her own new relationship, and her boyfriend’s nine-year-old daughter as the estate problems spin out of control. Intrigue, romance, Paris, the Dordogne, and a soupçon of murder wrapped in the legal and art world of France bring more than a few bolts from the blue to the Bennett Sisters.