A Murder in My Hometown 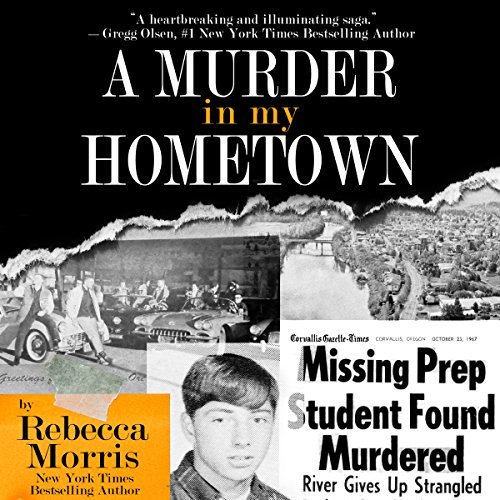 On a fall evening in Corvallis, Oregon, in 1967, 17-year-old Dick Kitchel, a senior at the high school, disappeared after attending a party. Ten days later, his body was spotted by two children as it floated down the Willamette River. He had been beaten and strangled.

The investigation into his murder played out during one of the most dramatic years in America. Life in Corvallis, a college town, had offered a protective, idyllic life to many. But in 1967 to ’68, Vietnam, a presidential campaign, the assassinations of Martin Luther King, Jr., and Robert Kennedy, and the murder of Dick Kitchel changed that.

His friends thought his death was ignored because Dick was from the wrong side of the tracks. Police and the district attorney thought they knew who had murdered the boy but never made an arrest. Decades later, a cold-case detective believed he, too, had solved the case. However, once again, justice was elusive.

Now, nearly 50 years later, a classmate, New York Times best-selling author Rebecca Morris, returns to her hometown to write about how the murder changed the town and the lives of Dick Kitchel’s friends.