Against a Tyrant: The Far End, Book 1 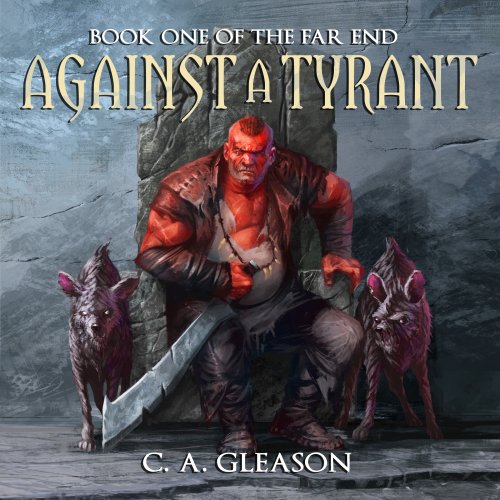 When the deadliest assassin of Vraniga appears in their village, the warriors of the Bullik-Braunzin Clan prepare for battle. They are surprised to learn he isn’t there to fight, but rather to talk. Although it’s clear he has an agenda, he warns them of a battle-hardened army camped nearby that will attack the village the following day.

Why the delay? Who commands them? How is the assassin involved?

He slowly unravels the mystery during the night, offering an exciting tale filled with epic battles, heroism, and love…but also betrayal, revenge, and even murder. Most importantly, the assassin alludes to what must happen next. As a new day begins, he concludes his story.

The villagers have learned about their greatest enemy and why he sent an army to destroy them, but also that they must fight. If the few villagers manage to defeat an entire army, the danger will not end. No clan has stood up to the hateful tyrant and survived. He commands complete loyalty over those he rules, has an additional well-trained army, and is guarded by intelligent beasts.

But everyone, even the most powerful, have secrets – ones that could be used as an advantage. If the Bullik-Braunzin Clan is able to decipher the knowledge embedded in the assassin’s tale, they can discover the key to defeating the tyrant and all he commands while taking what he covets most….