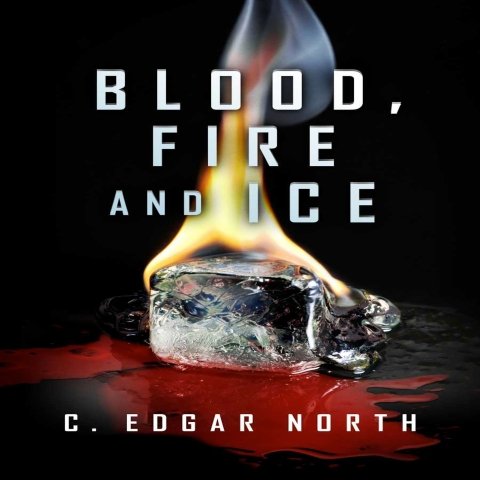 Blood, Fire and Ice is a journey into the realm of corporate terrorism. The global Association of Petroleum producers resorts to murder, sabotage and political bribery to prevent the development of an abundant new fuel source that threatens their existence.

Members of an international Arctic research team developing an abundant new fuel source are targeted. Labs are destroyed and members killed. Canadian team members have their funding cancelled at the request of 3 Senators who are on the payroll of “Big Oil”. Police ignore the researchers’ pleas for help when some are murdered. They are rescued in a joint FBI-CIA operation seeking to protect the new technology.

Surviving team members are moved to safety and recruited to complete their project jointly funded by Japan, Russia and an American scientific foundation. Sabotage continues with a seaborne attack on an offshore drilling platform off Japan and blocking attempts countering patent filings. The Japanese Government considers itself at war with the oil interests.

A blackmailing Canadian Senator is killed by “Big Oil” and his legacy of secrets are a ticking bomb waiting for discovery threatening both the Prime Minister of Canada and the oil association. The secrets eventually surface and all hell breaks loose.