Cinderella and the Carpetbagger: My Life as the Wife of the World’s Best-Selling Author, Harold Robbins 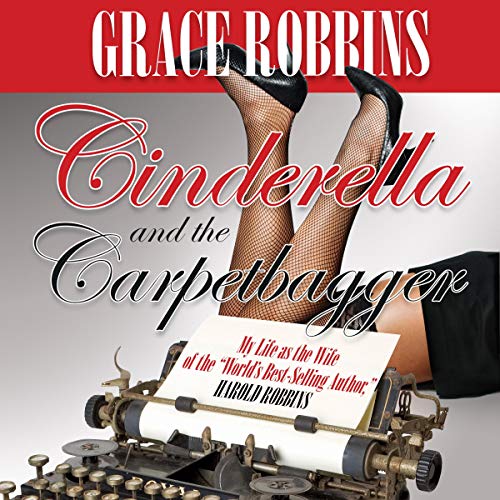 Harold Robbins’s steamy books were once more widely read than the Bible. His novels sold more than 750 million copies and created the sex-power-glamour genre of popular literature that would go on to influence authors from Jackie Collins and Jacqueline Susann to TV shows like Dallas and Dynasty. What listeners don’t know is that Robbins – whom the media had dubbed the “prince of sex and scandal” – actually “researched” the free-wheeling escapades depicted in his books himself, along with his drop-dead, gorgeous wife, Grace. Now, in this revealing tell-all, for the first time ever, Grace Robbins rips the covers off the real life of the international best-selling author.

The 1960s and 70s were decades like no others – radical, experimental, libertine. Grace Robbins chronicles the rollicking good times, peppering her memoir with anecdotes of her encounters with luminaries from the world of entertainment and the arts – not to mention most of Hollywood. The couple was at the center of a globetrotting jet set, with mansions in Beverly Hills, villas and yachts on the French Riviera and Acapulco. Their life rivaled – and often surpassed – that of the characters in his books. Champagne flowed, cocaine was abundant, and sex in the pre-AIDS era was embraced with abandon. Along the way, the couple agreed to a “modern marriage,” that Harold insisted upon. With charm, introspection, and humor, Grace lays open her fascinating, provocative roller-coaster ride of a life – her own Cinderella tale.