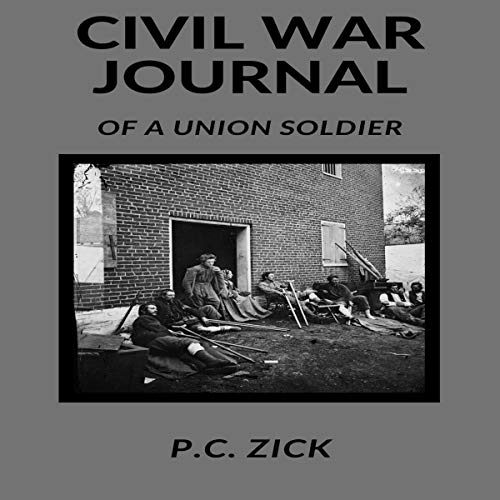 Narrated by Jeffrey A. Hering

Do you love history? Are you interested in the Civil War? Then this book is one you’re sure to enjoy.

Here is the personal account of a Union soldier during the Civil War when young men were forced to kill their own countrymen.

Harmon Camburn signed up for duty as a Union soldier two weeks after the first shots were fired in the Civil War. He served for the next three years, fighting in both Battles of Bull Run and other skirmishes of the War Between the States. His tour of duty ended with a shot through his lung and capture by Confederate soldiers. Fortunately, he survived his wounds and wrote about his time in the Union army.

His great granddaughter, Patricia Camburn (P.C.) Zick, presents this journal along with additional annotations about the war in general. The journal weaves a tragic and compelling tapestry of war from the view at its center. Mr. Camburn’s sardonic and realistic view of war is worth remembering. From the day of his enlistment in the Army in April 1861 in Adrian, Michigan, to his final days in the service of the army near Knoxville, Tennessee, the journal provides insight into the minutiae of a soldier’s life, from what they ate to the somewhat unorthodox method of obtaining food. It shows the horror of the battlefield to the joys of simply having the sun shine after days of rain. The descriptions of the landscape are beautifully crafted, just as the scattered bodies on the battlefield are ghastly reminders of the cost of war.