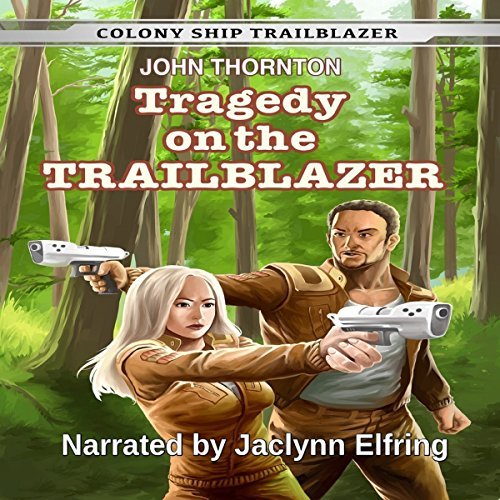 Book 2: Tragedy on the Trailblazer 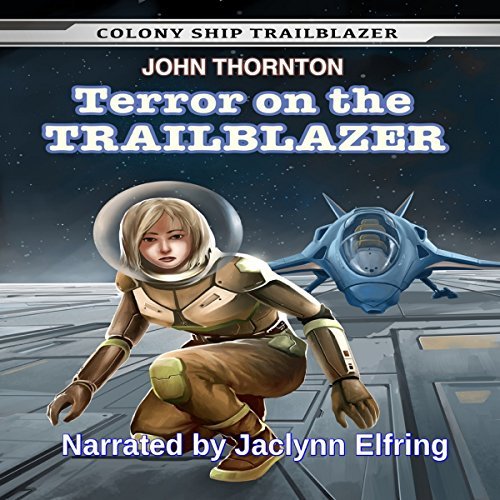 Book 3: Terror on the Trailblazer

On the vast Colony Ship Trailblazer, the adventurers Ken and Janae are seeking to find out what is happening. People, animals, and circumstances seem to be turning against them in frightening ways. Strange events are unfolding, and the various groups and habitats are still a mystery. Knowing they need to gain some understanding of the situation and try to restore their broken artificial intelligence system, Kimberly, they set off to get back to their equipment and find some measure of security.
Threats have arisen. Death and horror stalks them. Unknowns lurk around every turn in the labyrinth of corridors in the mechanical parts of the colony ship and in the large and bizarre biological habitats.
What terrors await on the Trailblazer?
This is audiobook three in the Colony Ship Trailblazer series. 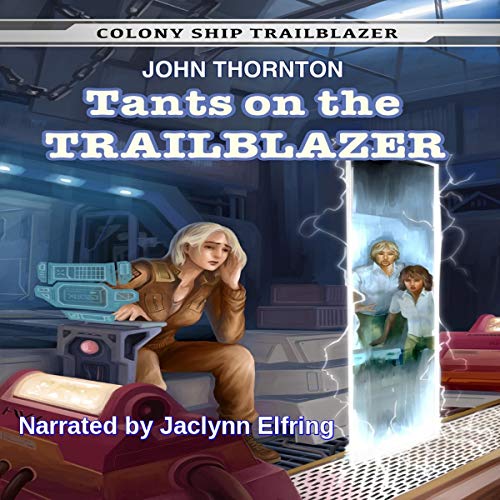 Book 4: Tants on the Trailblazer

In book four of the Colony Ship Trailblazer series, Janae is struggling with all her traumas. The artificial intelligence system, Kimberly, is malfunctioning. After an unexpected encounter with some adventurers Janae remembers from the past, she decides to make a risky attempt to repair Kimberly.
Will that restore to Janae a functional friend and helper? Or will more loss and grief haunt her life?
What happens as Janae tries to find an ally in her struggles, and what unexpected events propel her onward?
And how do the strange people who live in the radioactive parts of the old colony ship fit into all the mysteries? What will Janae discover about the Tants on the Trailblazer?

NOTE: Book 1 and Books 5 to 8 in this series are also available (while codes last).