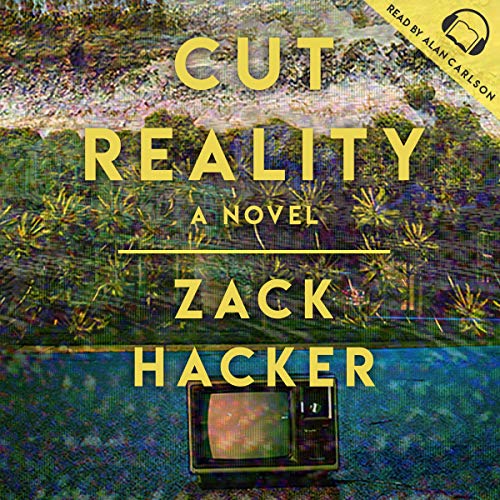 When death washes ashore on reality TV, who’s to blame?

“Intelligently conceived and well-executed… A mystery that thoughtfully reflects on the hazy line between suspicion and reckless mania.” (Kirkus Reviews)

Join Jason Debord as he seeks clarity following the death of a reality-TV co-star and ends up uncovering criminal conspiracy.

When Jason returned home from competing on Beached he’d lost weight, couldn’t sleep, and felt more alone than ever. But, he expected those changes. Jason had no way to predict that one of his fellow competitors would fling himself from a cliff. Unless he didn’t.

Jason can’t believe it, but the network broadcasts the alleged suicide to the world, so he pushes forward in his own amateur investigation. Met with resistance from the cast and crew, he persists only through the support of his developing romance with Blake, a psychologist who observes alarming similarities between her patient and her partner.

Events in Cut Reality have a variety of interpretations. While under the watchful eye of the public, Jason has to decide: is what he uncovers too coincidental to be true, or so hard to accept because it’s his new reality?