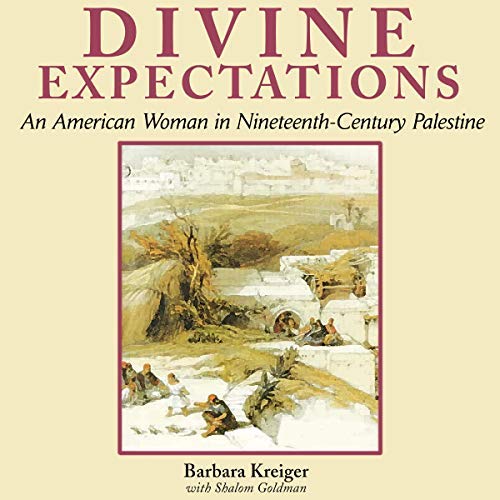 Barbara Kreiger’s intriguing narrative presents the account of Clorinda Minor, a charismatic American Christian woman whose belief in the second coming prompted her to leave a comfortable life in Philadelphia in 1851 and take up agriculture in Palestine.

After her disappointment in a failed prophecy that the end of days would take place in October 1844, Mrs. Minor determined the holy land was not yet adequately prepared for such an event and decided it would be her mission to teach the poverty-stricken Jews of Palestine to work the soil. In this very American story, Mrs. Minor, like so many other pioneers of her day, looked to the land as her future.

Even as her mission was distinctly religious, her daily efforts were in the social realm. And although her work brought Jews and Arabs together and her small farm was a unique settlement where Christians, Muslims, and Jews labored alongside one another, the events detailed in Divine Expectations had dramatic and tragic diplomatic and international repercussions.

With the deft touch of a novelist, Barbara Kreiger weaves the little-known story of Clorinda Minor into the larger context of the region and its history, presenting it in its charming eccentricity and its gripping reality.