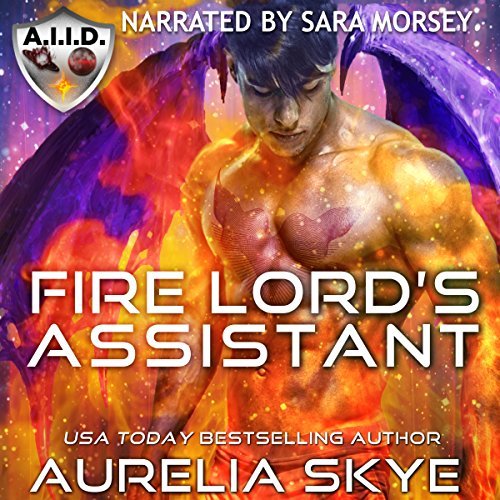 The Alien Immigration and Integration Department monitors activities of aliens living on Earth while hiding their presence among us.

Junior AIID agent Lauren Sage is unexpectedly thrust into the biggest case the Department’s had in years. She’s sent to work undercover as the assistant on Kerr Dracos’s stage act. He’s created a home for displaced aliens from all over the galaxy, recreating an old-fashioned sideshow in the Grotesquerie. Humans think it’s an illusion, remaining unaware the “freaks” in the show are actually aliens living among them. But someone is using the show as a way to sell illegal and dangerous alien technology. Kerr’s brother has been implicated, and he wants the truth to clear Kex. She wants to solve the case and stop dangerous weapons from getting into the hands of amoral thugs. They have a common goal, but that isn’t their only connection. Their chemistry is scorching, and his nightly fire performances aren’t the only thing heating up between them.