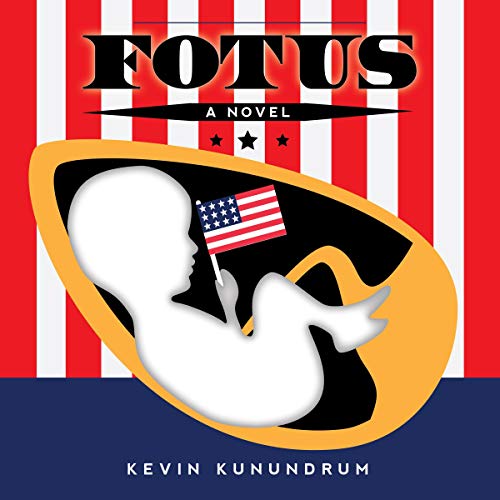 FOTUS is a political satire that takes place in a futuristic America, in which Alexander Rett, a self-aware talking embryo, defies medical science, runs to become President from within the womb, wins, and during his first few amazing months as leader of the Free World, coins himself the Fetus of the United States (FOTUS).

Without even a fully developed brain yet, the fetus embraces the role with an unorthodox sense of humor; he participates in presidential debates, helps pass important national bills, oversees domestic and international affairs, and even runs his own Twitter account where he continually engages in political quarrels―all through a window in his mother’s stomach, an intercom to the outside world, and his cell phone.

The nuanced storyline, although seemingly inconceivable, touches on conflicting views on various issues―civil rights, gun control, abortion―that are topical in the political climate of modern-day America. FOTUS is joined in his bureaucratic ventures by a myriad of animated characters, including his White House personal secretary, chief of staff, press secretary, chief intern, personal bartender, and, of course, his parents.

FOTUS is an outlandish yet relevant take on contemporary politics and what it’s like to be President with the entire world watching and criticizing your every move, narrated by the inquisitive, ambitious, anything-but-boring mind of an unborn child.