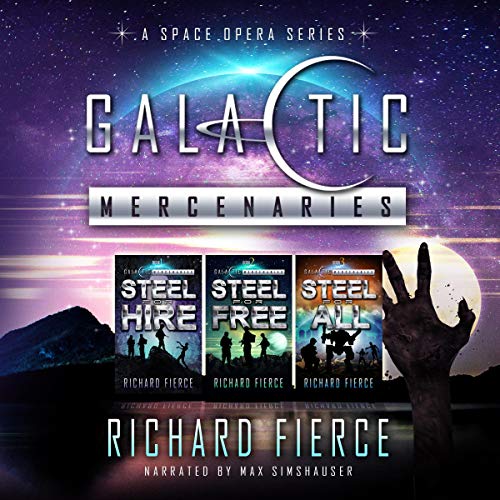 Some jobs will turn you into a zombie. Literally.

Captain Jayde Thrin of the cargo ship Determination has one goal: make enough money to retire in style. Her small mercenary crew travels the universe taking odd jobs, but when a botched gig lands them in hot water, it’s up to Jayde to figure out their escape – and their survival.

A genetically designed plague has ravaged the birthplace of humanity, leaving millions of undead wandering the planet. Jayde and her crew volunteer to retrieve the antidote and do the job for free, but ruined planets, aliens with ulterior motives, and the threat of invasion will stretch the crew beyond anything they have ever known.

Jayde Thrin and her mercenary crew return to Earth to find a lost cause. The government has given up on the planet and turned its focus to the war brewing at the edge of humanity’s borders. A small group of survivors are still on Earth fighting for survival and it’s up to Jayde and her crew to rescue them, but an army of undead and alien worshippers are all that stand in their way.

Galactic Mercenaries is a space opera series about zombies, space battles, alien invasion, and a misfit crew trying to survive in a dangerous universe.