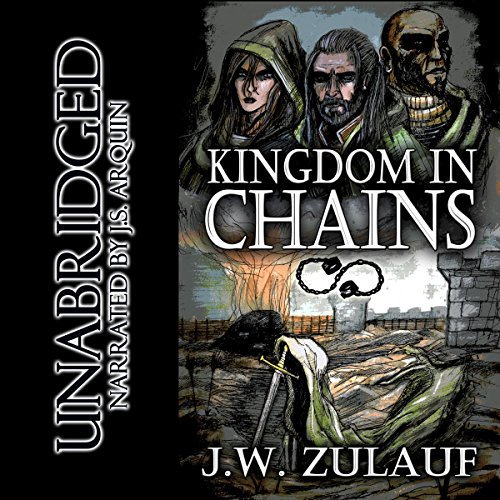 The common people have become the currency, outlaws have shifted to mercenaries, and freedom is no more than a thought of the past.

Fear, violence, slavery – throughout his adult life, Barloc has known no other way.

A quarter of a century has passed since King Sclavus decreed slavery legal in the Kingdom of Kuldaire, certain it was the only way to keep the economy strong. He created alliances with the wealthy ruling class and cast the common folk into chains. A handful of rebellions rose, but fell almost as quickly as they began, and the concepts of freedom and peace became dusty relics of the past, a nearly forgotten dream.

When Barloc is sold to Lord Harbor, his new owner offers queer promises of freedom, promises only King Sclavus can honor after a 30-day trial. Barloc, as someone who has lost everything, or who never had anything of his own to begin with, is forced to question everything around him as he embarks on this new trial.

Whom can he trust? Why has he been selected and thrown into this strange new setting? What happened to just being a slave? How can life be any different from the only way he’s ever known? What is freedom, and at what cost?

This is Barloc’s chance – perhaps his last chance – to once and for all cast off the chains that bind him. And maybe, just maybe, he can bring others to freedom with him.

Evolved Publishing presents the much-anticipated first book in a YA fantasy adventure series unlike any other, from a multiple award-winning author.