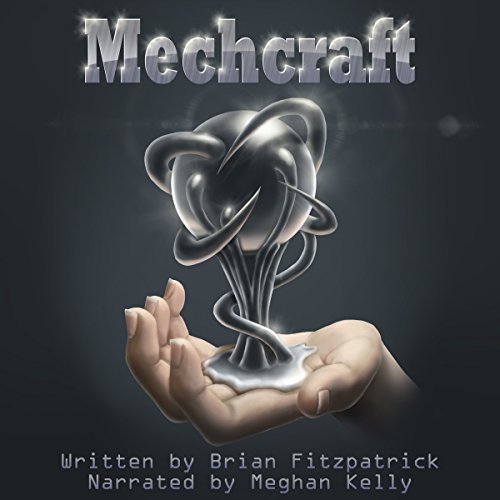 What would the world be like if a swarm of shape-shifting nanotechnology awoke within the DNA of an unsuspecting teenager?

In Mechcraft, 15-year-old Jake London’s ideal teen life is thrown into chaos when he discovers the ability to control a swarm of shape-shifting nanotechnology that has, until recently, lain dormant in his DNA. Mentally connected to the tech within, London is able to summon liquid metal through his pores, and with it, he creates any object he can possibly imagine.

But he’s not alone. A secret world in Los Angeles opens to him, revealing a hidden society of Mechcrafters– all having gained their power through a rigorous injection process. Philosophical disagreements on the best use of the Mechcraft ability fractures the group, leading to all out war, leaving each of the three factions vying for dominance.

Being the first person born with the nanotech, Jake finds himself caught in the center of the warring factions’ designs and schemes, each believing his potential power will be the wildcard that will deliver victory. Now, with two young Mechcraft agents escorting him, and a horde of enemies chasing them down, Jake finds himself in a desperate race to safety.

Battling through psychotic Mechcrafters, elite hunters, a pre-teen annoying show-off, and a ruthless enemy leader, the trio perseveres through a hard-fought road to the only safe place in the city, where Jake hopes to reunite with his parents.

Faction leader, Sasha, obsessed with possessing and controlling Jake to finally win the war, grows increasingly mad in her pursuit. She is always one step ahead, and her twisted connection to Jake becomes symbiotic and complex.

Will agents, Bex and Trent, be able to protect Jake and get him to their headquarters? Or will Sasha eventually destroy him? What wildcard powers will Jake manifest? He could be the savior of the war or end them all.