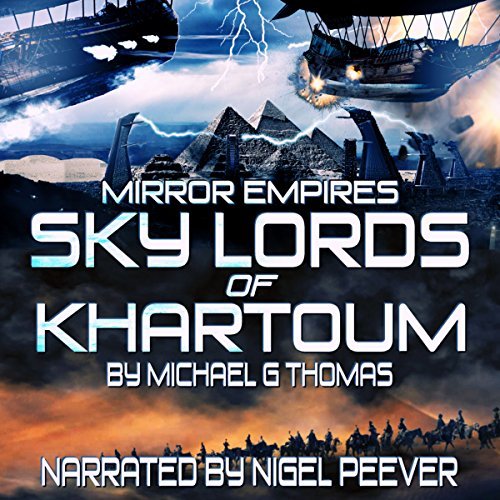 Welcome to the Mirror Empires, where reality is distorted, and war threatens to engulf the world. It is 1898, and soldiers armed with the latest weapons clash with the unstoppable power of the Sky Lords and their aerial armadas in new and uncharted realms.

Jack never expected to spend his 19th birthday crashing a stolen flying machine into the middle of a war. But when he saw soldiers with bolt-action rifles up against an advanced species, he knew he’d found something incredible. As they storm Khartoum’s fortified city walls, Jack and the soldiers are transported to an impossible version of their own world. One where great cities rise up into the sky and are endlessly circled by flying warships crewed by beings never seen before.

As they set out to explore this strange land filled with violent tribes and vicious creatures, they uncover a brutal regime that takes slaves and technology from every mirror world they can find. Known as the Sky Lords, they are protected by legions of warriors who travel the skies in their flying warships, and they will stop at nothing to destroy the newcomers and retake the city that links the Mirror Empires together. It is a world where the rules of science and technology have been smashed to their very core.