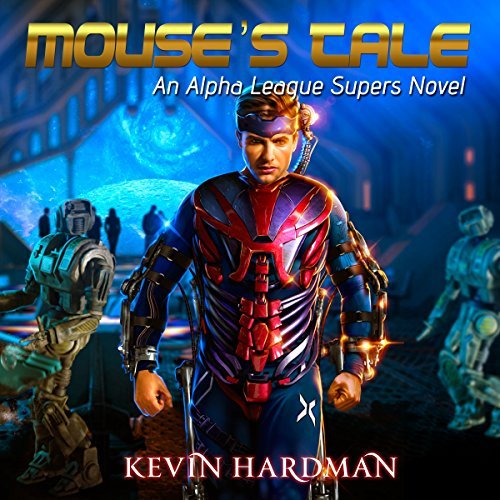 Mouse – the mysterious man with the unassuming moniker (and the mentor of teen super Kid Sensation) – finally has his story told.

Brilliant and gifted, Mouse is a mental whiz who fails utterly in his initial attempts to join a superhero team. With his dream ostensibly out of reach, he eventually ends up working at an electronics repair shop, toiling in relative obscurity but seemingly content and at peace with the hand fate has dealt to him. However, a surprise visit from the Alpha League – the world’s premier team of superheroes – changes all of that in a heartbeat.

Implicated in a crime that he knows nothing about, Mouse is forced to go on the run. Hot on his heels is not only the Alpha League, but also an anonymous faction whose motives are questionable at best. But despite a lack of discernable super powers, Mouse – adroit and nimble in body as well as mind – is determined to stay one step ahead of his pursuers.

It soon becomes clear that he is at the center of events with far broader implications than anyone ever imagined, and Earth itself is in danger. However, with few resources and even fewer allies, saving the planet won’t be easy, and even a cerebral crackerjack like Mouse might be forced to admit defeat.