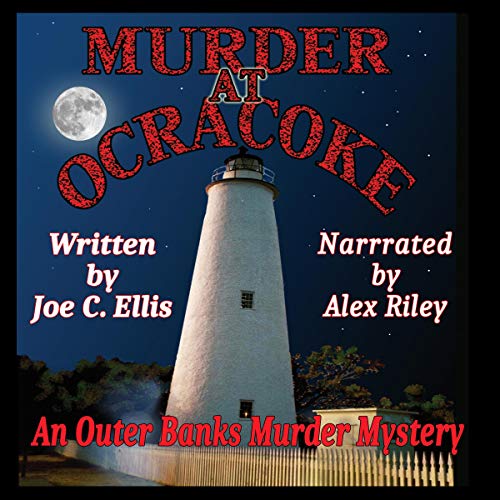 A dark shadow has fallen upon the pristine, unspoiled gem of the Outer Banks – Ocracoke Island. Developers and investors long to get their greedy hands on its protected shores. On a moonlit September night six people have gathered at Springer’s Point to seek out the ghosts of Ocracoke. Do the spirits care what happens to the island? A strange, glowing eagle appears and scatters the ghost hunters into the woods. One of them will not emerge alive.

In his fourth book from the best-selling Outer Banks Murder Series, author Joe C. Ellis offers his listeners another intriguing mystery. Oil and gas fracking companies have invaded once-sacred Native American lands in Pennsylvania and Ohio. Reports of a Thunderbird, a large legendary eagle, menacing the skies in these environmentally threatened areas frighten local residents. Something terrible always happens whenever the bird appears – accidents, murders, and even earthquakes. When the Thunderbird’s appearance on Ocracoke Island coincides with a murder, the secret service, FBI, and local law enforcement join forces to investigate.

Special agent Russell Goodwin calls upon Sheriff Dugan Walton, Deputy Marla Easton, and reporter Mee Mee Roberts to assist in putting the pieces of this strange puzzle together. In the process, they engage with a cast of unusual characters – a British diplomat and his stunning wife, a shaman from a local Native American tribe, two paranormal investigators, and a world renowned medium. To protect the sacred, someone has committed the profane – coldblooded murder.