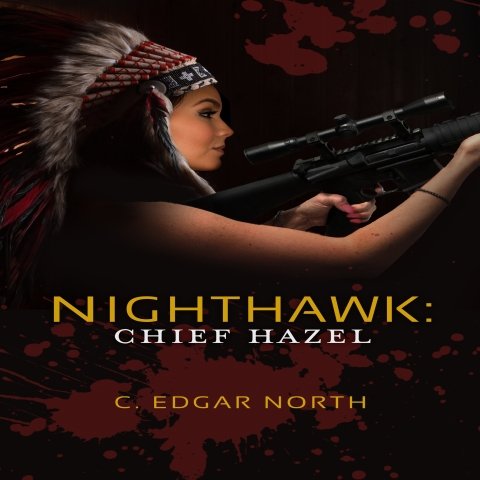 Nighthawk: Chief Hazel  is book 3 in the Nighthawk series. Other books in this series available at AudioFreebies include Book 1, Nighthawk Crossing and Book 2, Nighthawk: African Ice.

Hazel Branson replaces her husband, Joseph, as Chief of the Midlake First Nations Indian band. She wins respect for her leadership skills and as a visionary advancing the welfare of the tribe. Meanwhile, Joseph, wanted by the FBI for smuggling and murder is successfully partnered with a Russian arms dealer trading arms for cash, drugs and raw diamonds with Jihadists in Africa and Maoists in India. His trading takes him to India, Sri Lanka, Central Africa and Colombia.

Unknown to Joseph, the CIA monitors his movements gleaning significant intelligence. They consider him a valuable but unwitting asset.

Hazel takes over the family smuggling operation in the Pacific Northwest but encounters problems. When North Koreans kidnap her daughter to force her to smuggle saboteurs into America, Joseph returns and both the FBI and CIA get involved to thwart the North Korean plot. She kills again taking revenge on the Koreans.