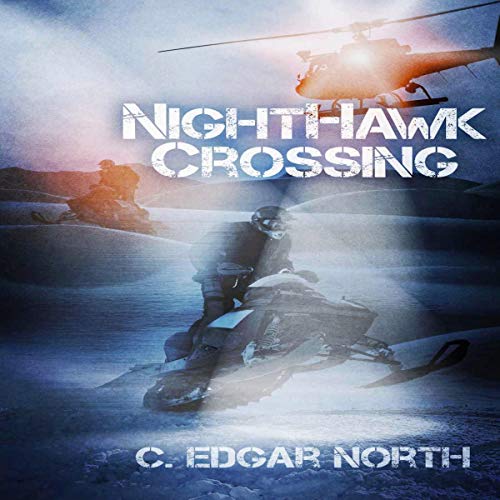 Nighthawk Crossing is book 1 in the Nighthawk series. Other books in this series available at AudioFreebies include Book 2, Nighthawk: African Ice and Book 3, Nighthawk: Chief Hazel.

The story centers on people, drugs and weapons smuggling and the ruthlessness of a well-entrenched criminal organization. The smugglers are mainly Native American Indians and motorcycle gang members led by a chieftain with a Navy SEAL background. Although the smuggling is within the aegis of the Border Patrol and various ICE sub-agencies, the FBI steps in when two Border Patrol agents are killed by smugglers. The pursuit of the killers not only uncovers drug and gun distribution rigs in America but also unveils a major plot to supply a secret weapon to the Taliban and Al Qaida and sub plots of the State Department, Canadian spy agencies, NATO and the CIA. The story transports the reader from the Okanagan Canada-U.S.A. border region to England, Kyrgyzstan and the Maldives. Action scenes include: murder of two Border Patrol Special Agents; ambush and murder of Korean human trafficking gang members; a winter ambush and destruction of two FBI helicopters while attempting to intercept a smuggling operation; a gun battle between smuggler and FBI helicopters; and a Navy SEAL underwater approach assault on an armory and meth lab on a remote island in the Maldives.