Olive Oatman: Explore The Mysterious Story of Captivity and Tragedy from Beginning to End 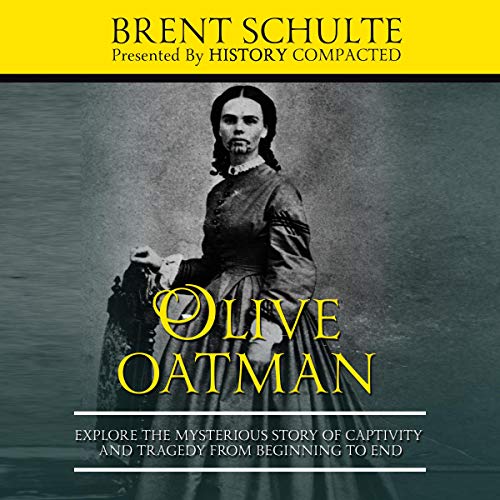 A tragic reminder of brutality or the vestiges of the aftermath?

Olive Oatman isn’t a household name, but a distinct feature on her face has made her infamous for the worst reasons. She is the girl with the blue tattoo. The story behind the distinctive tattoo is the stuff of legends. Some believed it was placed on her face during her captivity, following the brutal murders of her family members and the kidnapping of her and her sister. Others believe it was placed on her after her return.

Rumors swelled. Her tattoo became a symbol of Native barbarianism and the triumph of American goodness, but like many stories of that era, the truth is far more complicated.

This short audiobook details the murders, her captivity, the aftermath, and her baffling return to her captors. Unravel the mystery of the woman who would become famous for all the wrong reasons and discover what her life story says about cultural identity, the power of resiliency, and what happens when fact and fiction bend and twist to muddy the waters.

Listen to find out the truth!