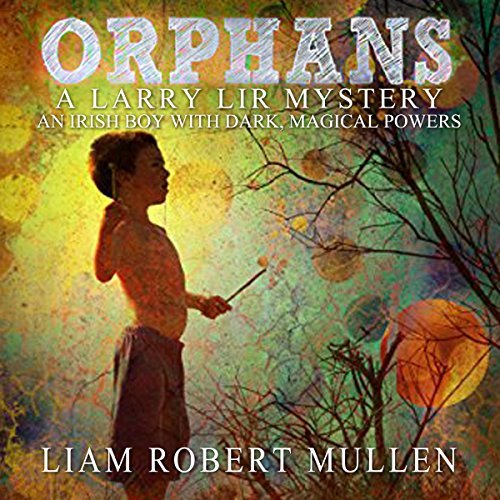 Who couldn’t help but be inspired by the phenomenal success of the Harry Potter series? I got the idea for Orphans from this, but I wanted an Irish character, and I wanted a story rooted in Celtic mythology, legend and myth; and I wanted to combine all these elements into a modern setting that children could enjoy. I wanted to incorporate modern technology, modern forensics, and modern thinking into a spellbinding tale for children and in Larry Lir, I think I found that character. Larry is a twelve year old who fends mostly for himself in a rambling mansion on the Hill of Howth, in Dublin.

Orphans due out next year as an indie is I believe, aptly titled. The main character, Larry is left an orphan following the brutal murder of his parents. When three Cuban children, recently orphaned themselves, appeal to Larry for help, he has to take up their case. The shadow of Charles Dickens and the splendid Oliver Twist looms a bit here. Even his archenemy is an orphan.

There is an important underlying message in the book that relates to basic press freedom and democratic values. The book is set for the most part in Ireland, both in Dublin and Wexford. Other locations used are the USA and Cuba.

There are strong hints of mythology like the famous fable of Oisin, warned not to dismount from his horse when he returned to Irish soil lest the years catch up with him.

The Children of Lir, of whom Larry is a direct descendent, also play a role in this tale. A curse from their time hangs over Larry. A short extract from Orphans is given here:

Lir knew how to play on their fears.

He knew Quique was terrified of snakes, that Da Silva had nightmares about the man he had killed when he was twelve, and that certain things could unsettle Julio too. It was the power of the black magic within him that enabled him to play on these fears, but it was a power he preferred not to utilise because it could leave him feeling drained and powerless.

The Book shows I hope the independent spirit that dwells within children and the battle of triumph over evil.