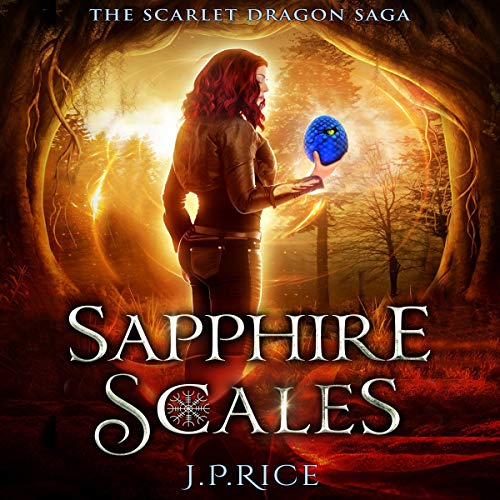 Sapphire Scales: The Scarlet Dragon Saga, Book 3
*Other titles in this series also available* The Dagda’s Harp can control the seasons. It has fallen into the hands of the demons of the Red Cavern. They are using it to keep Pittsburgh in a permanent winter. My fellow citizens are dying from the extreme conditions. To get the Harp, I’ll need to infiltrate a demonic underworld where I experienced major trauma. I’ll also need to leave my unhatched dragon eggs behind. Unfortunately, I’m the only one suited for this job. If I can gain entry, there’s still no guarantee I’ll find the magical relic. The people of Pittsburgh need me. They’ve suffered enough. I can’t wait any longer. It's time to shapeshift and go on an undercover mission. NOTE: Other titles in this series also available (while codes 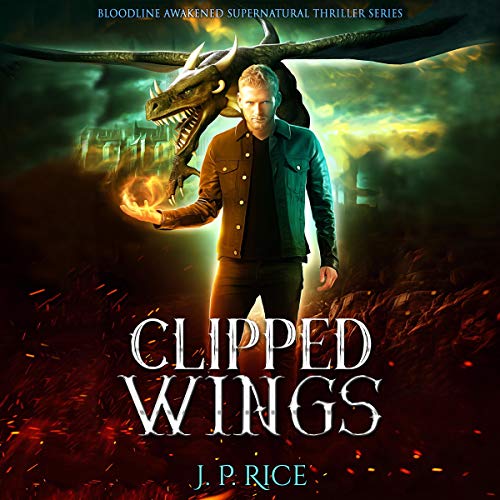 Clipped Wings: Bloodline Awakened, Book 3
*Other titles in this series also available* Usurping the Fae King. Mike Merlino’s mentor is trapped in a faerie world known as Sleepy Willow. After a quick trip to hell and nearly starting a vampire war in Pittsburgh, Mike makes it to the netherworld. He will be forced to turn former enemies like the sphinx and the rhyming red cap into allies just to make it to the castle. Can he wrestle his pixie mentor away from the evil clutches of the king and assist a group of underdogs in taking back their rightful land? Can they defeat a king with dragons at his disposal? Fans of snarky urban fantasy will enjoy this series. Pick up this book to start your listening adventure immediately. NOTE: Other titles in this series 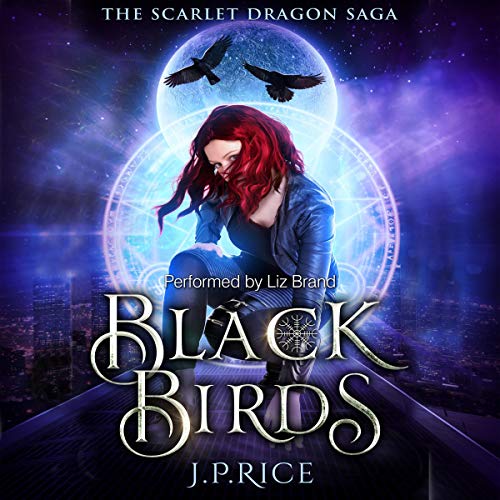 Black Birds: The Scarlet Dragon Saga, Book 2
How can I say no to the Morrigan? I am trying to be a better person. So when my friend, the Celtic Goddess of Death, asks me for help, I'm hesitant. When we get together, death and mayhem always follow. I agree reluctantly, and we start unraveling the mystery. To solve this case, we will have to travel to a murderous netherworld and rescue a talking dagger from the Goblin Queen. And that's just the start of our wild adventures. The Morrigan will have to ride a mechanical bull to get a valuable clue too. Start a new urban fantasy series that features interesting characters like a talking dagger, a courageous dragonfly, a blue-eyed werewolf, and a legendary wizard in a different light. This series is perfect for fans of 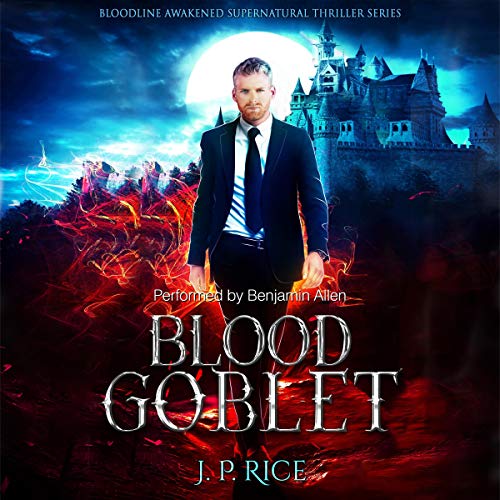 Blood Goblet: Bloodline Awakened, Book 2
Cyclone Woman is missing. When something supernatural happens in Pittsburgh, Mike Merlino’s phone rings first. So when a Shawnee weather spirit gets kidnapped, the young wizard vows to solve the case. Mike soon finds out that a group of immortal sorcerers are behind everything and using the spirit to control the weather patterns. The sorcerers start causing tornadoes around the Pittsburgh area, destroying everything in sight. Can Mike fill the Blood Goblet and free Cyclone Woman before the mad sorcerers raze a proud city to the ground? Fans of Jim Butcher, Shayne Silvers, and Orlando A. Sanchez will find common ground in this urban fantasy series full of magic and snark. Pick up this book to start your reading adventure immediately. To request a code click on the button for 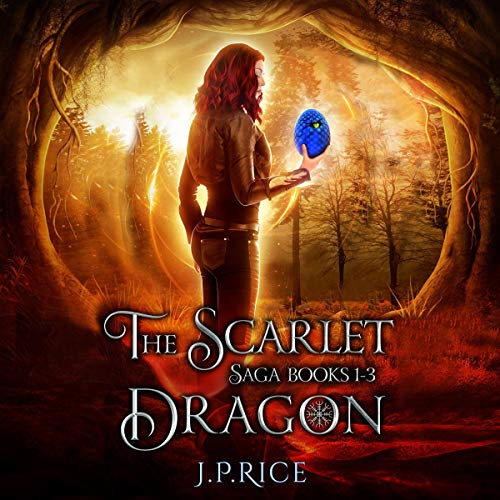 The Scarlet Dragon Saga (An Urban Fantasy Adventure): Books 1 to 3
(No US codes available) *** UK Codes Only *** *Entire Series* *Other titles in this series also available* The slumbering dragon has awakened. Ten years ago in a demonic underworld, my enemies almost killed me. With the help of a disguised demon serving his own agenda, I survived. Barely. I decided it was time to retire from the deadly game of hunting mythical relics. After a decade off the supernatural grid, I needed to sip from Goibniu's Chalice of Agelessness to restore my eternal youth. What started as a quick trip changed dramatically when Goibniu uttered those two magic words. In the wrong hands, Lugh's Spear could cause mass destruction. Now I'm heading back to my old stomping grounds where everyone wants me dead to save the innocent people of 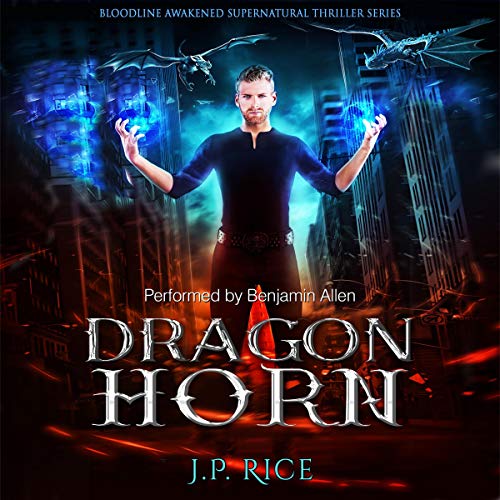 Dragon Horn (An Urban Fantasy Adventure): Bloodline Awakened Supernatural Thriller, Book 1
(No US codes available) *Other titles in this series also available* Dragons invade Pittsburgh. Mike Merlino serves as the magical guardian of the city and vows to solve the problem. He discovers only one option that will work. Find the illustrious Dragon Horn. The mystical musical instrument can summon the noble dragons he needs to save the city. But there's a problem. Mike must journey to a murderous faerie netherworld to uncover the horn that’s been buried for 500 years. Will he die like the thousands who have failed on the quest, or will Mike unearth the elusive instrument and use it to reclaim his city? If you enjoy snarky urban fantasy by masters such as Shayne Silvers, Jim Butcher, and Orlando A. Sanchez, you’ll have a great time with 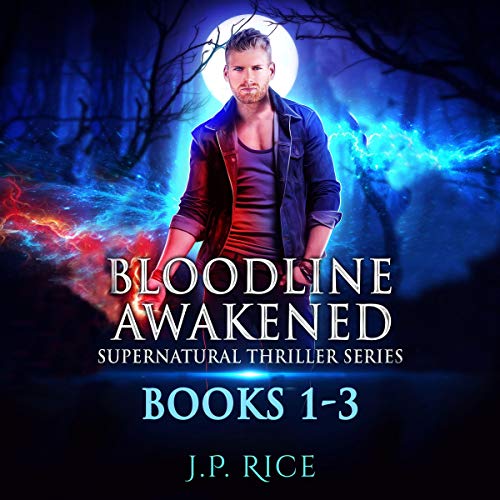 The Bloodline Awakened Supernatural Thriller Series: Boxed Set, Books 1 to 3
(No US codes available) *Multiple Audiobooks Boxed Set* *Other titles in this series also available* Dragons invade a proud city. Mike Merlino is the magical guardian of Pittsburgh and vows to solve the problem. The young wizard learns that his only chance to defeat the evil dragons is to find a mythical musical instrument. The Dragon Horn is rumored to summon the noble dragons. But of course, there is a problem. Mike must journey to a murderous faerie otherworld to uncover the illustrious object that’s been buried for five-hundred years. Will Mike unearth the elusive instrument and use it to reclaim his city? NOTE: Other titles in this series also available (while codes last). To request a code click on the button for US or UK region: (No US codes