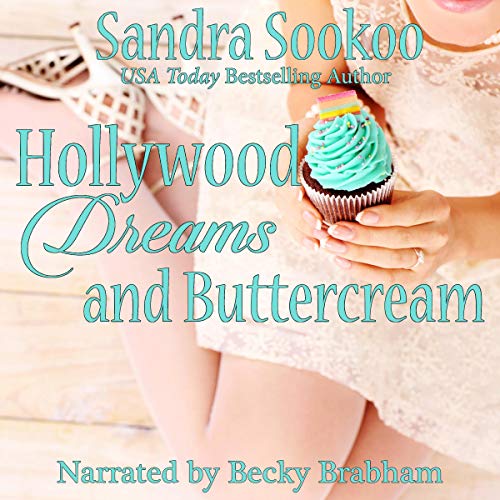 Hollywood Dreams and Buttercream
*** UK CODES ONLY *** *USA Today Bestselling Author* Sometimes the sweetest things in life don't have anything to do with dessert. Gwynn Flannigan wants respect from her father and freedom from her big, loud family. The icing on her cake would be to win a decorating competition hosted by her favorite food magazine writer. Cole Marshall's one outlet from the stress of business life is writing his Cooking in the Buff feature. Who cares if he never has time for fun? The answer for them both lies in the deep freeze at Sweet Endings, the struggling ice cream shop Gwynn manages and the one property Cole needs to secure a big promotion. He's stuck in Madrigal, Indiana to unravel a knot of family drama that drives him 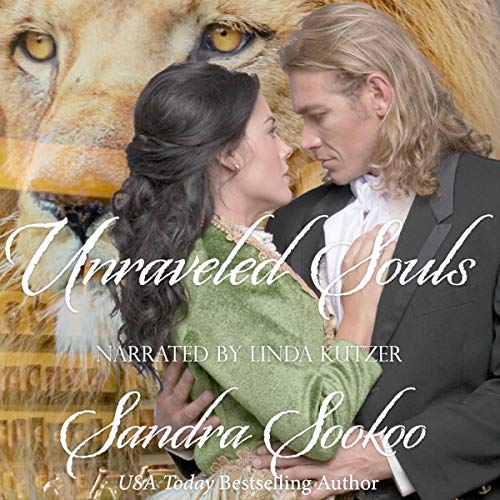 Unraveled Souls: An Erotic Victorian Novel
*USA Today Bestselling Author* Noelle Radliffe can communicate with ghosts. They haunt her nights and show her dreams of things that haven't yet occurred. When she has a vision of a dead lion and sees the name of a man, she searches the city to find him and warn him only to become sidetracked by an addiction she can't fight. Enter Nicholas Pemberton. Although charming and charismatic, he hides a secret, one that is deadly as well as mysterious. He's a shape-shifter, and the urge to change into a lion is a battle he constantly wages with himself, second to the obsession he feels for his recent acquaintance, Noelle. As the two fight their mutual attraction to each other, Nicholas attempts to elude the local authorities, who are 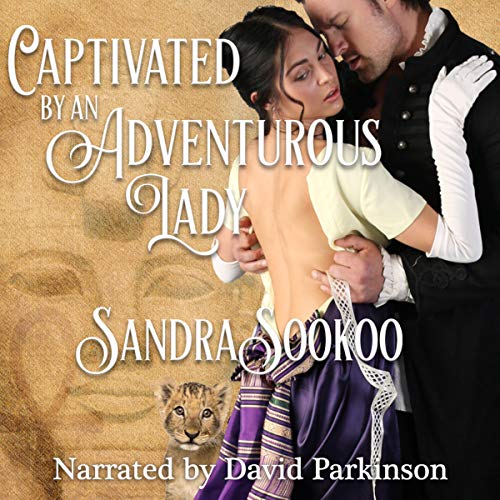 Captivated by an Adventurous Lady: Thieves of the Ton, Book 1
*USA Today Bestselling Author* The quest to break a mummy’s curse turns dangerous when a peer ends up dead. Miles Lawrence Hawkins, fifth Earl of Archewyne, is alone and the last of his line, save for a young daughter, and he’s made peace with that…Yet unexpectedly finding an attractive female thief in his library gives him doubts. Drawn into the lady’s insane plot to retrieve various stolen mummies from around London—including the British Museum—he accompanies her merely to see what will happen next. Being captivated by her quest and intrigued by her talent for skirting the law is a much needed distraction from the stress of his own life’s misfortunes. Lady Emmaline Darling, skilled thief and only child to the Earl of St. Ives, is under a mummy’s 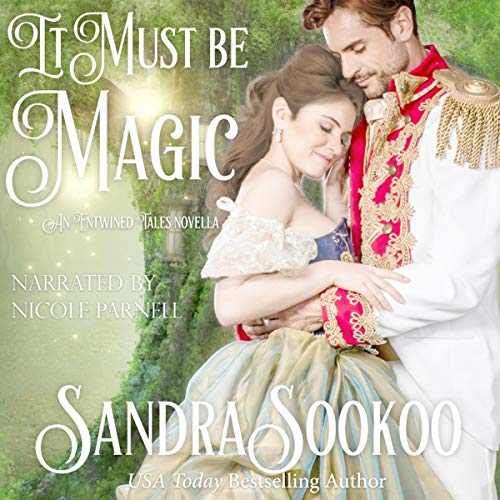 Entwined Tales, Books 1 and 2
*Multiple Audiobooks* Books 1 and 2 (13+ hours) in this series! *USA Today Bestselling Author* Book 1: It Must be Magic Averell Woode is a huntsman's daughter, hidden away in an enchanted tree from the evils of the world. Though she's skilled in all things forest-related, she yearns for life beyond the trees. A chance meeting with a stranger seems the perfect opportunity to stretch her wings, and she falls for the charm he wields, especially when an exciting adventure has come to her very doorstep. Devon James Quinn Lansdowne, the spare prince of Annanvale, is trying to avoid anything that smacks of palace life. He's not into intrigue or politics and much prefers running free through forested areas especially while in wolf form. Cursed to shift into 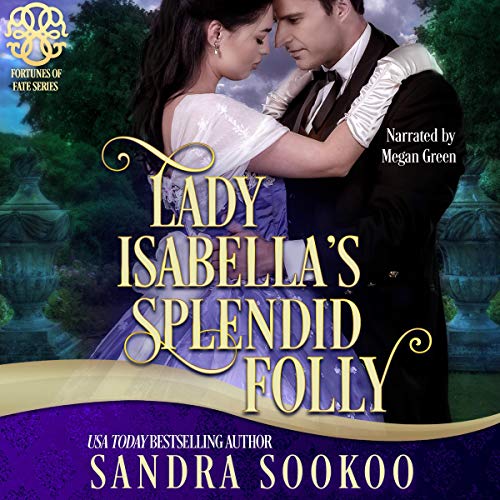 Lady Isabella’s Splendid Folly: Fortunes of Fate, Book 7
*USA Today Bestselling Author* There is only one path to true love, no matter how fate, fortune, or destiny play. Lady Isabella Fortescue has tired of trying to bring a man up to scratch. At 31, she's put herself on the shelf and is glad for it, except she wants to have one splendid folly to call her own before that happens. But the unorthodox arrival of a horribly rude man makes her think even a scandal isn't possible. Captain Peregrine St. John has sworn off women - indefinitely. With the ill-luck of his last relationship fresh in his mind, he retires from naval service sporting a bum leg and a shattered heart. Rustication proves beyond boring, and a visit to a gypsy fair has him face down 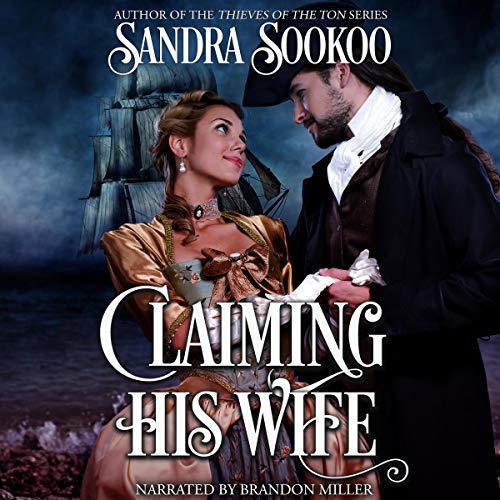 Claiming His Wife
*USA Today Bestselling Author* Fighting for independence goes beyond an infant nation, but love might just conquer all. It's the year 1776, and Captain Caleb Haslet has come home to Portsmouth, Rhode Island, after two years at sea chasing pirates and keeping British ships from the fledgling American nation. He wants nothing more than to settle into domestic life and finally claim the new bride duty had forced him to leave behind. Though she now has her own life defending her property from British soldiers, as well as doing charity work, which provides prisoners with basic creature comforts, Abigail Haslet is both excited and anxious that Caleb thinks to take up where they left off. But how can she give her heart to a man who'll leave again 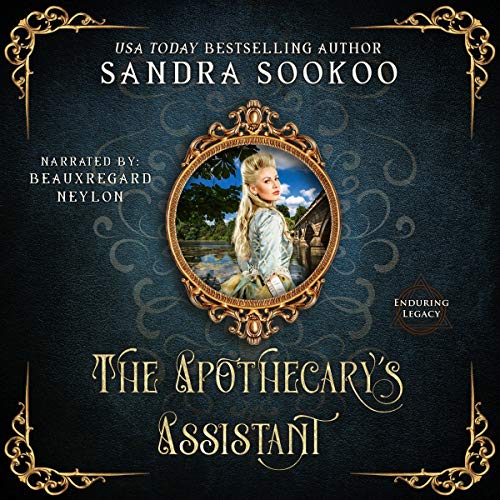 The Apothecary’s Assistant: Enduring Legacy, Book 6
*USA Today Bestselling Author* When destiny calls, you can run or stand and fight for what you've always wanted. Either way, you'll have no choice but to change. Mrs. Ava Southerly, apothecary assistant and widow, lives in fear. She's become an expert at hiding to keep second-sight visions at bay. In the year 1885, such things as witches surely don't exist anymore, regardless of her ancestry. If she doesn't emotionally engage her heart, those otherworldly powers will stay dormant and the people she cares for won't be hurt, but she longs for acceptance and romance. Douglas Wallace, an American doctor and descendant of a Scottish witch hunter, is in London to deliver a series of lectures on new medical advancements and techniques. As he meets the passing glance of 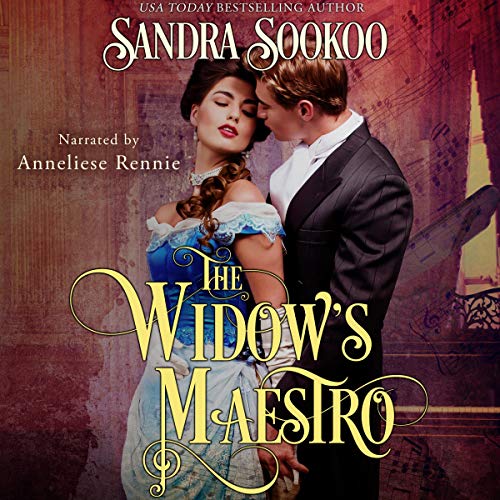 The Widow’s Maestro
*USA Today Bestselling Author* Wishing for change.... Five years of widowhood and the imminent marriage of her son as well as her daughter nearing college age have left Josephine Prescott at loose ends. When a golden-haired rogue, 13 years her junior, propositions her, she immediately dismisses him. She's a proper Victorian lady after all, yet a lady can only protest so much. Playing for pleasure.... Benedict Fitzgerald, talented pianist and maestro, wants a new lover and Josephine is ripe for seduction. The age difference intrigues him as does her willingness for sexual adventure, and as the relationship deepens, it plays out like the notes in a beautiful waltz. Thwarted by circumstance.... Their busy lives don't lead to the scandalous liaison either of them envisioned, and Benedict doesn't count on 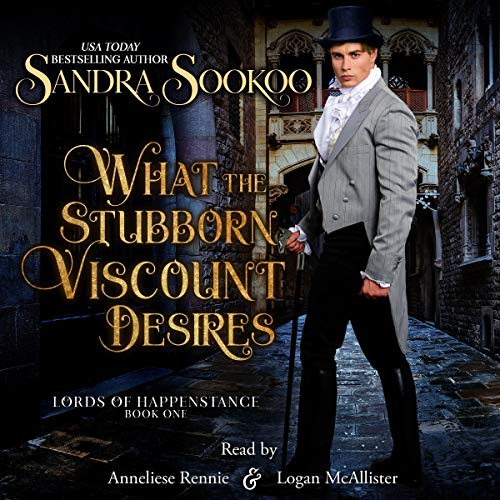 What the Stubborn Viscount Desires: Lords of Happenstance, Book 1
*USA Today Bestselling Author* Stubborn hearts might be the last to fall, but when the hard tumble comes, it'll last forever. Jonathan Banshire, Viscount Trewellain, has become a bitter, sarcastic lord and against anything remotely smacking of romance. Though engaged to a woman whose hand he'd won in a game of cards years ago, he hasn't thought of her in years. But he's also a king's agent, and as his duty to the Crown, he's being sent to Spain to track down a missing peer. He goes to escape his personal life. Miss Sophia Wickham is tired of men deciding her future. She's on a mission to live her life on her terms, but can't due to an ambiguous engagement to the Viscount Trewellain. Determined to gain her freedom, 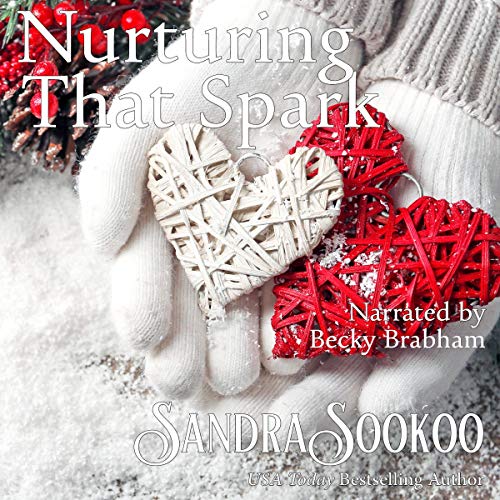 Nurturing That Spark: A Christmas Romance
*USA Today Bestselling Author* Bad stuff happens. Love makes it bearable. All Morgan Davidson wants is a chance to reconnect with her 15-year-old niece - sans digital dependency. She books a cabin for Christmas week in rural southern Indiana, but contracting a case of the warm fuzzies for a handsome ranger isn't part of the plan. Carter Poole, single dad and park ranger, has simple tastes. He's not on Facebook, doesn't let his five-year-old son play video games and spends a lot of time outdoors. When he's sent out to investigate mysterious tracks, he meets Morgan, and a spark ignites between them. He invites her to share the holiday with him and his son. Between teenage angst, emotional drama, and second-guessing, Morgan and Carter manage to steal a few 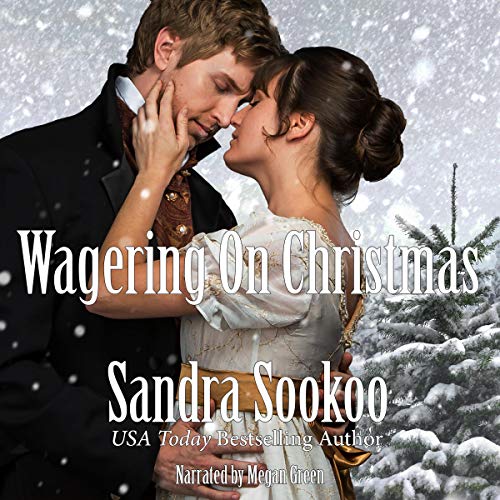 Wagering on Christmas
*USA Today Bestselling Author* Sometimes love needs a few wagers to stick the second time around. Pleasure is his only pursuit.... Colin Rowley, Viscount Hartsford, has been given an offer too good to ignore: If he comes home to Lancaster Hall and his family by Christmas morning, he'll win a coveted racehorse as well as an estate. Trouble is, recollections attached to his ducal father's castle leave him haunted, especially those regarding the first girl he's ever loved, the one who rejected him. Faced with reduced circumstances... Widow Lucy Ashbrook is leaving London for the last time. Now that her husband's savings have dried up, she can no longer afford her lifestyle, so after she attends the Christmas house party at Lancaster Hall - the site of so many
Social media & sharing icons powered by UltimatelySocial