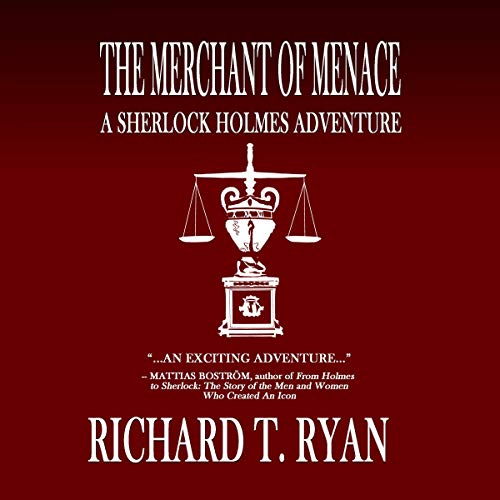 Request all four audiobooks in this Sherlock Holmes Adventure series!

The Merchant of Menace

Reluctantly, Sherlock Holmes agrees to assist Inspector Lestrade who is being hounded by an obnoxious nobleman whose jewel-encrusted dagger has gone missing. However, what Holmes initially believes to be a simple theft turns out instead to be his first encounter with a master criminal, who is as ruthless as he is brilliant and whom Watson dubs “The Merchant of Menace”.

Soon, Holmes finds himself matching wits with a man who will steal anything – if the price is right. Moreover, this thief will go to any lengths, including blackmail and murder, to achieve his desired goal.

As Holmes comes to understand his adversary, he also begins to realize he can only react to the Merchant because he has no idea where this criminal mastermind will strike next. All Holmes knows for certain is the Merchant seems to specialize in priceless, one-of-a-kind articles. Will that be enough information for the great detective to outwit his foe?

From the British Museum to the Louvre to Blenheim Palace, Holmes finds himself in a deadly game of cat-and-mouse. Set against the backdrop of early Edwardian England, the detective and his Boswell encounter an array of luminaries from the Duke and Duchess of Marlborough to a young Winston Churchill.

For fans of Conan Doyle’s immortal detective, the game is always afoot. However, this time around, Holmes must try to bring to justice a villain who might well be the next Napoleon of Crime. 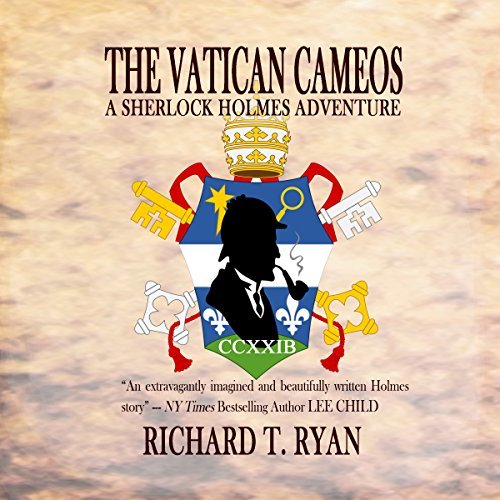 When the papal apartments are burgled in 1901, Sherlock Holmes is summoned to Rome by Pope Leo XII. After learning from the pontiff that several priceless cameos that could prove compromising to the church, and perhaps determine the future of the newly unified Italy, have been stolen, Holmes is asked to recover them. 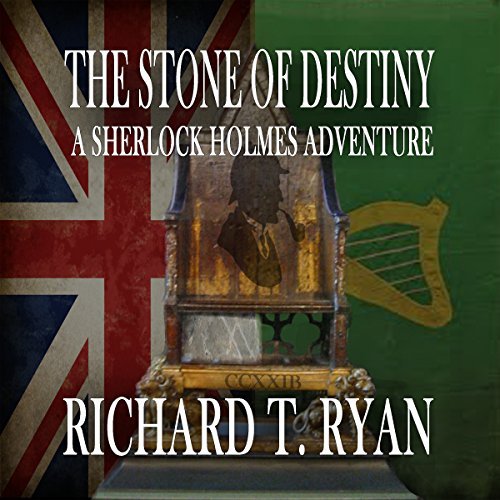 The Stone of Destiny

During the elaborate funeral for Queen Victoria, a group of Irish separatists breaks into Westminster Abbey and steals the Coronation Stone, on which every monarch of England has been crowned since the 14th century. After learning of the theft from Mycroft, Sherlock Holmes is tasked with recovering the stone and returning it to England. 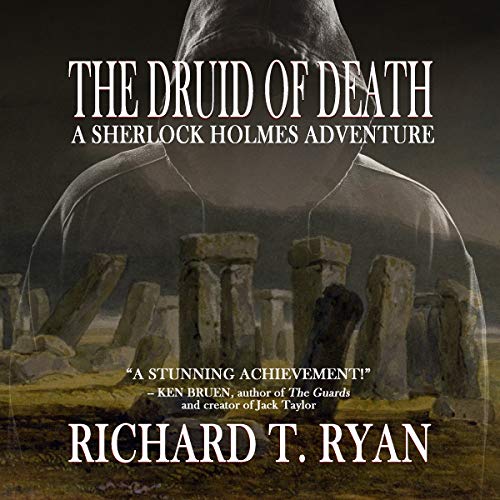 The Druid of Death

Holmes discovers the body of a young woman. On her forehead in blood, is a druidic symbol written in blood.

Submit the form below to request ALL FOUR AUDIOBOOKS in this series.