Behind the scenes of the audiobook industry: 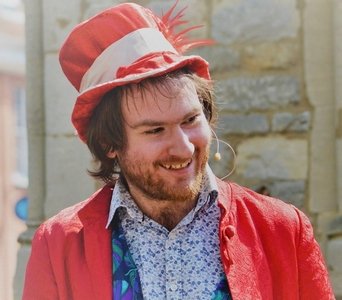 In September 2019, narrator Gareth Richards was the first person to list a book at AudioFreebies.com.

Welcome, Gareth!  How long have you been narrating audiobooks?

It depends on when you count from really, it’s about 2 years since I took on my first book through ACX, but it’s been the past year when things have really picked up. There was a point about a year ago when I went from taking on the occasional small project as a bit of a toe in the water to see if I could do a good job of it, to suddenly taking on large projects one after the other, and I’ve never looked back since.

What aspects are fun?  What do you love about what you do?

Without a doubt, one of the funnest bits is voicing the characters. I’ve worked with some authors who have created amazing characters, and unlike in, say, theater acting, you get to play all of them, so you’ll definitely get a chance to play your favorite character from the story.

Is there anything you’ve learnt from your audiobook work that you didn’t realise before or didn’t know before?

The biggest thing I’ve learnt is the required balance between clarity, emotion and performance. Coming from a theatre background, it’s very tempting to go full-blown performance at full steam, but I’ve learnt to keep myself in check, and ensure that clarity never suffers, for the sake of performance or emotion.

How much guidance and direction do you receive from the author?  Or where else do you find inspiration or get clues as to how to narrate the book?

It really depends on the author. Some have very detailed character notes; others leave it up to your judgement. The one thing I always do is get to know the characters before I start narrating, much like I would with a character in a play. I like to explore the main characters in a book; think about their motivations and background; and create the voice from what I know about them. Weirdly, the hardest voices are the ones who only appear for one or two sentences, and you have very little to hang the character around. For those, I’ll do it based on their role in the story; whether they are a threat; offering a kindness; a scared bystander. Of course, when there’s a scene involving five different mercenaries, who all need to sound distinct, but also all like mercenaries from the same area, that’s when things get interesting. 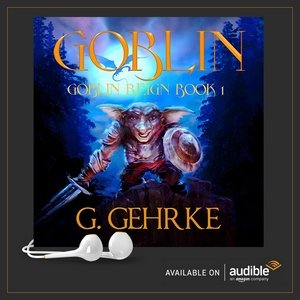 My favourite, without a doubt is Goblin (and the sequel Goblin Apprentice) by Gerhard Gerkhe.

I love anything which takes a non-standard look at things, and setting his book from the perspective of just an ordinary goblin, with a bit of smarts to him and a fierce loyalty, just led to an amazingly interesting book. It’s so satisfying to cheer for the main character, Spicy, as he is a hero whose only powers are his ability to stand up to his enemies, despite being terrified, to fight despite being weak; and to befriend without judgement.

AudioFreebies.com thanks Gareth for making himself available for this exclusive interview.