The Acid Alchemist: A True Story of Murder, Deceit, and Unspeakable Horror 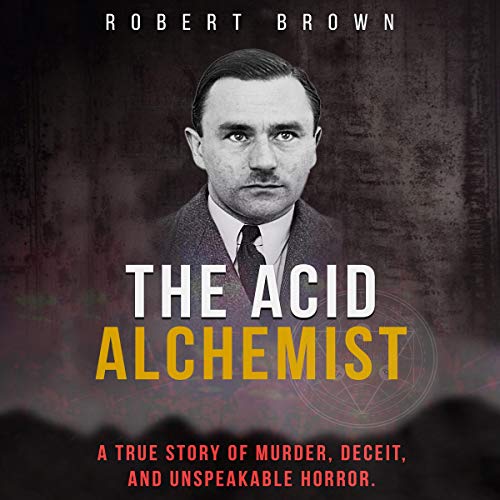 In July, 1909, John George Haigh was born into a strict religious household. As a young child, his life was shaped by his parent’s extreme beliefs. Little did he know that the recurring nightmares of his early life would lead to one of the most horrific cases in British criminal history.

Other than his obsession with cleanliness, John George Haigh was described by his acquaintances as someone who was as normal as any young man during the 1940s in England. In fact, most people said he was a true gentleman with exceptional manners and a profound love for classical music.

However, in the back of John’s crisp mind was a much darker side; a craving for wealth combined with a lust for blood…

After spending many years in prison for fraud and theft, John Haigh concluded that the only reason he always got caught was because people talked. “What if I can make them disappear,” he thought one evening. “What if I can stop them from talking to the police?”

Using his scientific knowledge (and a tiny bit of the legal system he had read about while in prison) he derived a new sinister plan to get rich.

This is the true story of the notorious Acid Bath Murderer, a cold-blooded murderer who imagined he was above the law. A man who believed he could literally get away with murder…

To request this audiobook, complete the form below.
Your promo code will display on the next screen.