The Blighted City (The Fractured Tapestry) 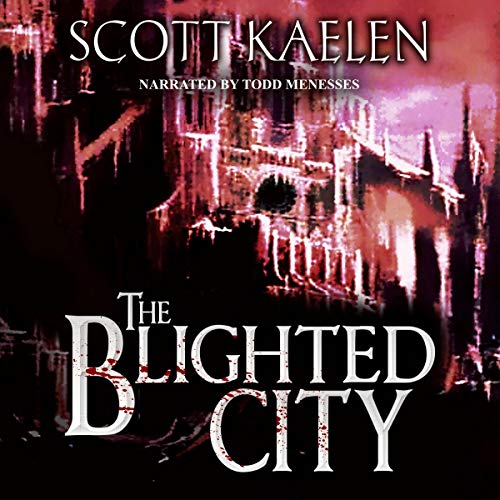 “To challenge the gods is to invite their wrath.” So it is written of Lachyla, the Blighted City, in the Codex of the Ages. But who reads codices? And who really believes the tall stories of the Taleweavers?

Dagra does. If it’s a story about the gods – even a dead god – he believes every word. When his sellsword team is offered a contract to cross the Deadlands and find a burial jewel in the crypts of the Blighted City, Dagra wants no part of it. His companions are undaunted by the legend; to them, the blurred divide between the living and the dead is superstitious nonsense. Completing the contract would earn their guild’s failing reputation a much-needed boost and secure them the bounty of a lifetime. They’re going, with or without him. Torn between the convictions of his beliefs and the importance of his friendships, Dagra reluctantly journeys into the godless region in search of the fabled city. But the Deadlands is only the first challenge. The sellswords uncover an age-old deception when they learn that Lachyla’s foul seed is much darker than its legend, that its truth must forever remain untold or risk plunging humanity into an eternal nightmare. Snagged on the barbs of the blight, Dagra faces the toughest choice of his life…and of his death.

The Blighted City is a dark epic fantasy adventure for adults and mature teens. As the first full-length entry of The Fractured Tapestry series, the novel can also be heard as a stand-alone story.