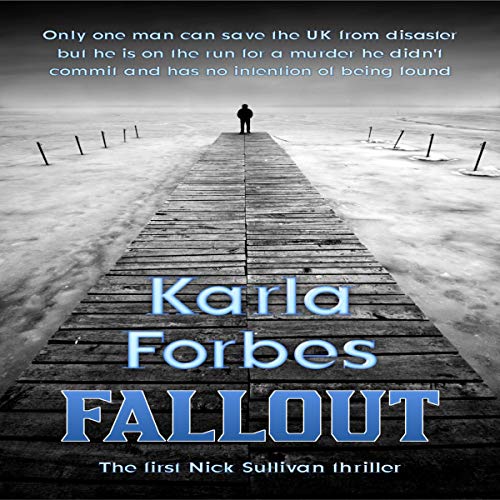 The British government is being blackmailed by criminals who got their hands on a quantity of plutonium left over from the Cold War. There is only one man who knows their identity and can prevent a disaster, but he is on the run for a murder he didn’t commit and has no intention of being found.

As the authorities attempt to track him down, the clock is ticking, and they are running out of time. They pin their hopes on the fact that a bunch of amateurs won’t have nuclear technology and the worst they will manage is a dirty bomb. After all, everyone knows they aren’t really that dangerous.

People run away from the explosion, and the radiation drifts harmlessly into the atmosphere. But suppose you could change that? What if the terrorists had found a way to keep the radiation near to the ground, encourage people to hang around breathing in death, and when you invite them to their own slaughter, they come willingly? They would be dangerous then…wouldn’t they?

Charles Morgan is small operator in the vast computer technology industry, but he has big ambitions. He borrows heavily from the Mafia to finance his dreams of becoming a big player, but when he fails to make the expected profit, they are quick to demand their money back. Desperate to save his own skin, he hatches a plan that will cripple the competition and propel his new product into the ranks of market leader.

Bryony Elliot is a brilliant but naive British student who has the skills he needs to bring his plans to fruition, but she is refusing to cooperate. With time running out and his creditors’ threats becoming increasingly vicious, Morgan gives up on persuasion and employs deceit instead.

Unaware of the true situation, Bryony launches a catastrophic virus attack on society. When she discovers that she has been used, she frantically attempts to stop the carnage she has wrought, but she is up against violent men who are intent on stopping her. Bryony must dig deep into her mental reserves to stay alive and reverse the damage, but first she must conquer the fears and demons that rule her life. For Bryony has dark secrets of her own….

Flynn was one of the elite, a highly trained sniper in the British army who was proud of his skills and lived by a strict moral code. But even the best can crack when the stress becomes intolerable and now he’s on the rampage bearing a grudge and carrying an arsenal of stolen weapons. He believes that good soldiers are being killed because governments go to war over oil.

In his twisted mind, anyone who drives a gas guzzling four by four is the enemy and deserves to die. As he carves a trail of terror and death across the country, the authorities are closing in. But for one man, it’s become personal. Nick Sullivan is holding a grudge of his own and is hard on the heels of the sniper. But when he finally hunts down his quarry, will his thirst for revenge blind him to the fact that he’s no match for a professionally trained killer? For Flynn is the best there is. He’s a master of his craft.