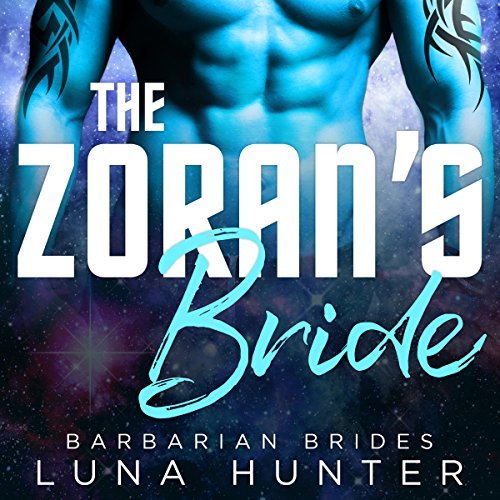 My new bodyguard? A possessive, dangerous alien warrior who wants to claim me as his prize. Oh boy.

Decades have passed since the Tyk’ix destroyed the Zoran homeworld. The fierce, sexy alien warriors have found refuge on Earth, but adjusting to this new reality has not been easy for either species.

Sarah Granger wants nothing to do with the aliens – her father died protecting the Zoran, and she’s yet to forgive them. When the Human Federation plans a mission into deep space to find a new home for the alien warriors, she volunteers, and to her own surprise, the curvy scientist gets the job! She couldn’t be happier. Until, moments before launch, the Federation assigns her a bodyguard. And not just anyone: The most dangerous, arrogant Zoran warrior imaginable, who won’t leave her alone for even a second.

Kazim has never seen his homeworld. The alien warrior grew up an orphan on the streets of Boston with nothing to his name except his fists and his indomitable will. The blue-skinned Zoran is the undefeated boxing champion of the Boston underworld – until the local kingpin asks him to take a dive. Instead, Kazim knocks his human opponent out so hard it kills him, and now the entire mob is out for his blood.

The wanted alien warrior needs to lay low for a while, and using his connections, manages to hitch a ride on a human ship heading into deep space. All he has to do is protect Sarah Granger from harm. An easy job for a warrior as tall and strong as him…Until he sees her and he realizes in an instant that he’s found his fated mate.

Resisting his urge to claim her is the hardest battle the alien warrior has ever fought.

The Zoran’s Bride is the first book in the new Barbarian Brides series. It’s a science fiction romance story featuring a stubborn human female and the cocky, arrogant alien warrior who drives her mad. Happily-ever-after guaranteed!

NOTE:  Other titles in this series also available (while codes last)