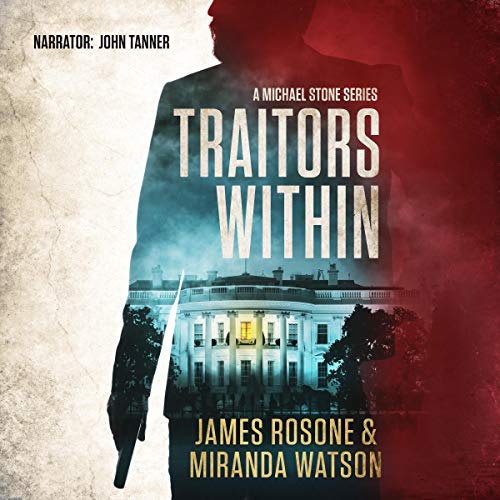 The Trojans defeated Troy by hiding soldiers inside the belly of a wooden horse disguised as a peace offering. What if America’s enemies repeated that strategy?

As the Caliphate of the Middle East continues to crumble, ISIS turns their eyes to a new strategy to waging war. But what if ISIS was just a puppet, a pawn in a grander scheme to gain control of the West?

Traitors Within follows Michael Stone, a former Delta Force operator turned CIA spy as he uncovers a plot within our own government to smuggle dangerous extremists into the Homeland. As Stone begins to unwind this web of secrets that spans multiple countries, will he be able to prevent the horrific acts of terrorism being planned? Is he already too late?

Will this covert puppet master be able to pull off the next 9/11 style attack and start the next world war?

Traitors Within is the first book in the action-packed Michael Stone spy thriller series. If you like pulse-pounding twists from an author who used to hunt and track real-world terrorists, then you’ll love Rosone and Watson’s first foray into the spy-thriller genre.