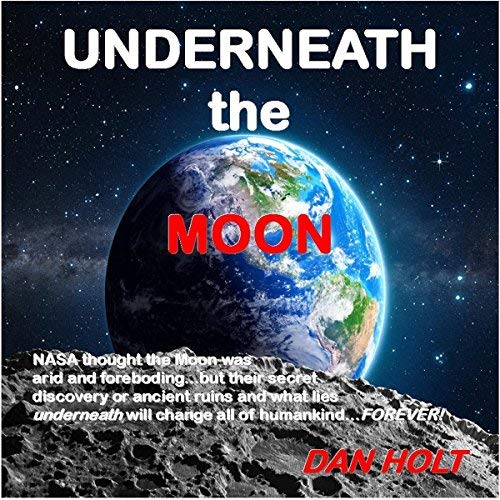 Douglas Hastings’ passion for anything NASA drove him to analyze a treasure trove of Moon photos taken during all Apollo missions. Doug had started to believe the conspiracy theories and rumors that had swirled for years; that NASA had discovered more than just rocks on the Moon and had conspired to keep the rest of the world in the dark.

A super computer’s enhancement and compilation of the old photos proved his belief and sent him on a quest that has now revealed revolutionary new space travel technology and will enable him to lead a group on a return journey to explore ancient ruins on the lunar surface. But Doug’s pursuit of the truth and discovery of a destroyed GLASS city on the Moon pale in comparison to what lies underneath the lunar surface. What he finds will solve the mystery of a long-dead Apollo Astronaut and provide clues to the missing elements of Earth’s ancient history. But, even he isn’t prepared for the discovery that will reveal the past and change the future of mankind; FOREVER!