When the Drums Stop: Based on a True Story 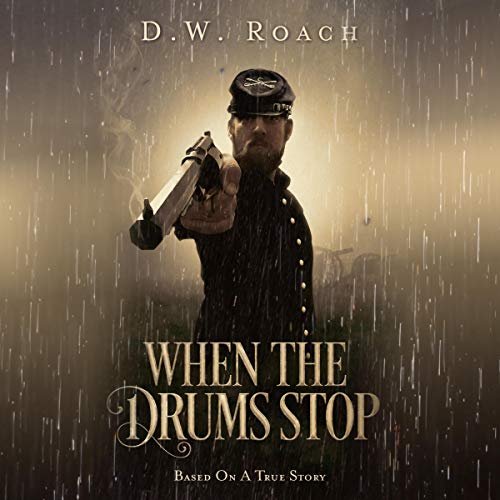 “The flag bearers!” Sergeant Loyod pointed down the line as three Confederate battle flags made it to the top of the berm, waving erratically back and forth. “Shoot’em down! Don’t let them rally!”

For two years, the terrible and bloody Civil War raged in the United States of America, tearing at the very fabric of its glorious founding. In the midst of utter turmoil, a young boy, Anderson Roach, longed to join his brother as part of the famed Tennessee Volunteer Cavalry.

With his brother gone fighting for nearly two years, Anderson was now ready to leave the farm and prove himself by joining the ranks of men on the battlefield. Little did Anderson know that his dreams of adventure and heroism would soon be met with the harsh reality of soldiering in the Union Army.

With each step, he would walk hand in hand with death and experience the physical and mental anguish of war.