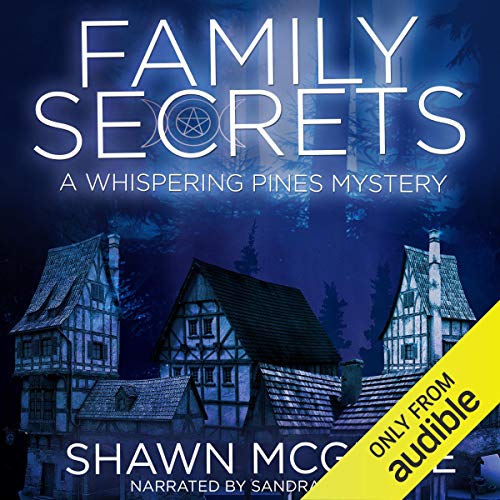 *Multiple audiobooks* Request Books 1 to 6 (47+ hours) in this series!

Sixteen years after a family feud drove her from the cozy Northwoods village of Whispering Pines, Wisconsin, former detective Jayne O’Shea returns to prepare her grandparents’ lake house for sale. Once there, not only does she find that the house has been trashed, her dog discovers a dead body in the backyard.

Jayne intends to stay out of it, but when it becomes obvious the sheriff isn’t interested in investigating the death, Jayne can’t stop herself. Her list of suspects grows faster than the plants in the commons’ pentacle garden. Could it be the local Wiccan green witch with her stash of deadly plants? The shopkeeper who slips into trances and foretells death? The visitor determined to practice black magic?

What Jayne knows for sure is that the closer she gets to solving this crime, the more the sheriff wants her to back off. And when a local fortune teller provides a crucial clue, Jayne knows it’s up to her to solve this murder. 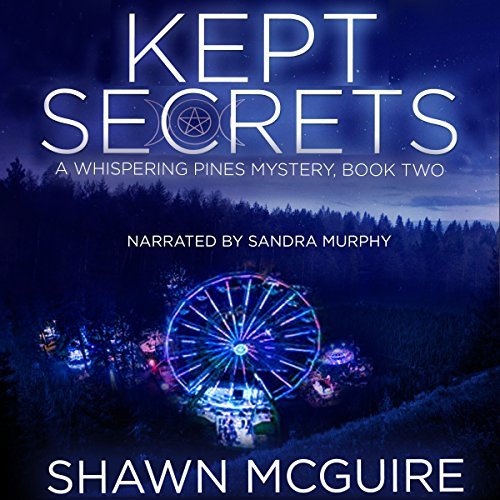 Tucked next to a pristine lake, the part-Medieval Europe, part-Renaissance Faire hamlet of Whispering Pines, Wisconsin, is a utopia…except for the recent murders. One month after arriving in the Northwoods, former detective Jayne O’Shea has settled comfortably into small-town life and is making good progress with her task of getting her grandparents’ house ready for sale. Then, the shocking death of one of the carnies rocks the community, and the villagers look to Jayne for help, placing her in an impossible middle ground of not wanting to get involved and needing to ensure justice is served. When a second carney turns up dead and the newly hired sheriff – more concerned with ticketing tourists than catching the killer – dismisses the death as an accident, Jayne has no choice but to step in. Can she uncover the truth before the murderer strikes again? 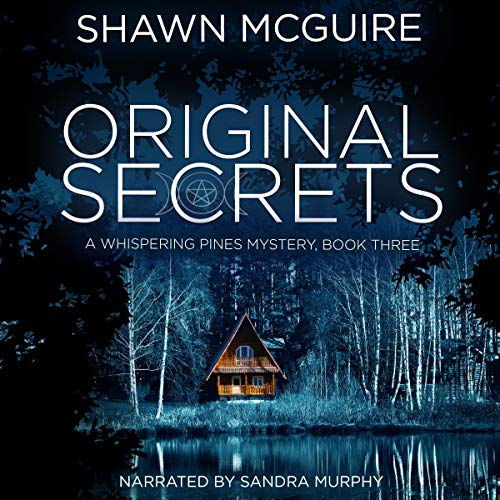 The Northwoods village of Whispering Pines used to be a safe haven for outsiders, but after three deaths in two months, it’s become a hotbed of murder. Exhausted from being the only law enforcement official on duty, while also trying to open a bed-and-breakfast, Jayne O’Shea welcomes the escape she finds in her grandmother’s journals. Each entry gives her a deeper understanding of why her grandparents moved to the secluded spot so long ago. But as questions are answered, deeply hidden secrets are unearthed.

If Jayne can put all the pieces of this puzzle together, she’ll not only learn the truth behind her grandmother’s death, she’ll catch a killer who’s been wandering the village for 40 years. What would you do to save yourself? 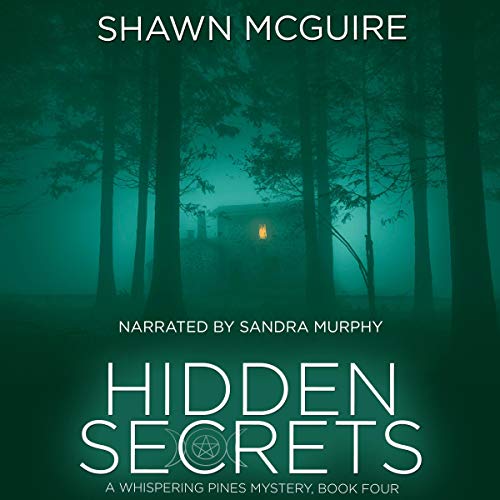 In the village where “all are welcome and those in need may stay” long-buried secrets keep rising to the surface. With renovations on the house finally complete, Jayne and Tripp are ready to open their B&B. Villagers and tourists gather for their grand opening barbecue. Close friends check in as their first guests. Aside from a minor glitch or two, everything is going to plan…and then someone turns up dead on the side of the road.

Unsure if she’s looking for a murderer or a hit-and-run driver, Jayne jumps headlong into figuring out what happened. Her confidence is shaken, though, when some of the locals point out that the rash of murders started when she arrived in the village, insinuating that she brought the darkness hovering over Whispering Pines.

Now, in the middle of a possible murder investigation, Jayne must clear her own name as well. 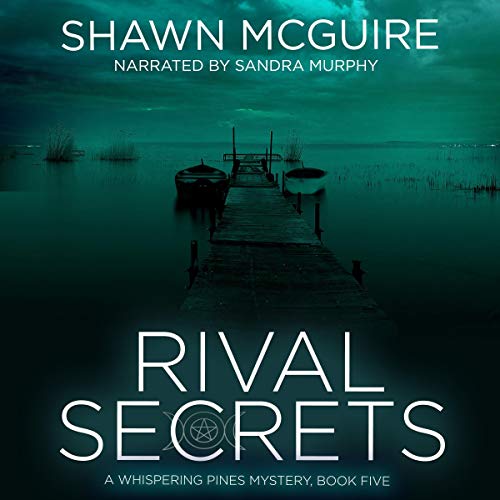 What if your nemesis challenged you on your home turf? A sense of community. Quaint surroundings. Deadly rivalries. Welcome to Whispering Pines. As the weather turns crisp, Jayne O’Shea and the other villagers prepare for the last big tourist draw of the season: the autumn equinox festival. It’s a time to enjoy a bounty of food, the company of others, and the ever-popular cooking competition.

Events in the baking division, however, turn from friendly to fatal when one of the contestants, a beloved nationally known chef, is found dead in the woods.

As all eyes turn to one of the villagers as the killer, Jayne knows that what’s seen on the surface isn’t always the truth, especially in Whispering Pines, and digs deep to clear the name of one of their own. 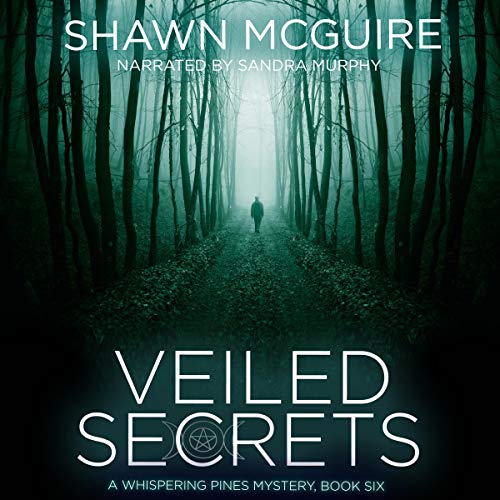 Help a family member or save a stranger? In Whispering Pines, Halloween horrors involve more than goblins and ghouls. With only a smattering of tourists visiting the village for the Samhain feast, Jayne is excited. No. She’s looking forward to… no. Jayne is guardedly optimistic about spending a few days with her demanding sister. Then, a boy goes missing during trick-or-treating, and everything changes. The parents aren’t worried. Their son does this, they say.

With a storm bearing down on the village, however, Jayne isn’t content to dismiss this as a case of a curious kid off exploring the woods. Organizing a search-and-rescue mission gives her plenty to deal with, but then the word “kidnapped” is mentioned and brings her sister’s long-buried nightmare into the light, forcing Jayne to divide her attention at the worst possible time.

Submit the form below to request ALL SIX AUDIOBOOKS listed above.