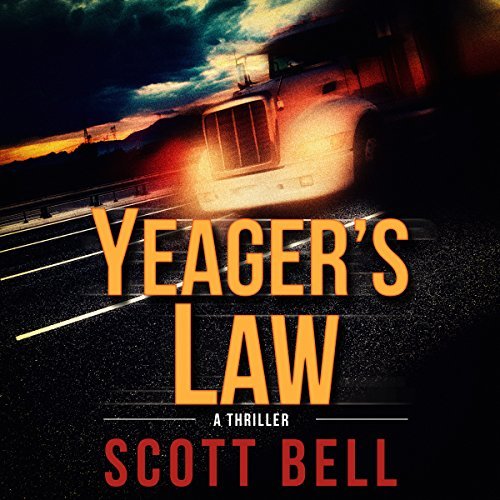 Abel Yeager is dead broke, down on his luck, and suffering from a serious case of what-the-hell-does-it-matter. His transition from active Marine to stateside long-haul trucker hit a wicked speed bump when his rig was involved in a wreck that claimed the life of a pregnant woman and laid him up for several months.

Back at work but deeply in debt, Yeager meets bookstore owner Charlie Buchanan in St. Louis and jumps at the chance to haul a load of remainder books to Austin for her. On the way south, a crew of truck thieves tracks his every move. But none of them know what Charlie’s ex has smuggled inside the book pallets, who he stole it from, or how far the owner will go to get it back. Charlie’s the first person Yeager has cared about in a long time, but as their bond deepens, so does the danger they’re in.

With enemy forces closing in, Yeager battles greed, corruption, and his own fatalism in a bid to hold true to Yeager’s First Law: come home at the end of the day.